“Katie-belle, if I ever end up like that I want you to promise you will shoot me.” Dad shook his head sadly at the television as the news reporter spoke, the documentary on Dementia was sad and confronting. “Yes, I promise” I replied meaning every word, I understood exactly how he felt. I was around eleven, I had just read “Flowers for Algenon” and my grandmother had recently passed away after years spent in the slow, cruel decline of Alzheimers Disease. 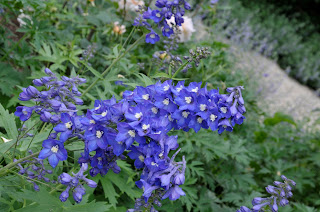 Grandma, Mum’s mum had lived in Mum’s native England. I’d only met her once when we went over to visit when I was six years old. I didn’t remember her very well, she lived in a tiny room in an aged care home didn’t know who I was and kept calling me by my cousin’s name. She was unable to have much of a conversation and only just sometimes recognised my mother, all of her memories confined to a place in her past that we were not privy to.

I do remember that she smiled a lot though, she was physically fairly healthy and seemed quite happy existing within her own little world.  I had nothing to compare her with, I had never known her before she had become unwell but for my Mum, it was painfully obvious that while she was still physically present, the mother she had known was long gone. 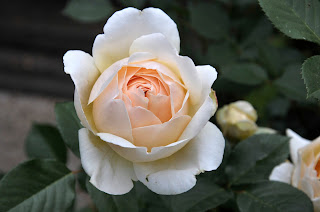 Over the years I have watched more grandparents of friends suffer the undignified loss of their minds and friends that work in aged care have shared heartbreaking stories. The memory lapses from disassociation and medication side effects that affect me have at times sent chills through my spine when I remember the fact that Alzheimers has a genetic link. “I don’t want to ever be that person, just shoot me” I say to my husband, mimicking my father’s words from all those years ago.

Now my Mum has to watch her life change as day by day the man she loves more than anything in the world is slowly taken away from her. Dad’s memory has been deteriorating for a long time now, a medical scientist by trade and plant enthusiast, he used to know the Latin and common names for everything. I remember having a conversation with my sister when I was in hospital nearly two years ago about how he was struggling with word finding and repeating himself a lot. She and my brother live interstate and don’t get to see him very often.

Over the last few months he has been steadily and more obviously declining. Mum and I were able to convince him to see a different doctor as when he had mentioned our concerns to his regular GP more than 12 months ago he had just been told it was “a normal part of aging’ and didn’t do any tests or anything.

Mum went with him to the new doctor, and this doctor listened to the concerns and agreed with them, she administered some basic neurological tests and cognitive tests and then referred him on to a Geriatrician who in turn did more tests and ordered CT scans.

We were still waiting for the follow up appointment for these tests but over the weekend he had a funny turn and woke up feeling quite out of sorts he asked Mum to take him to Emergency where he was given fluids for dehydration and officially diagnosed with dementia. 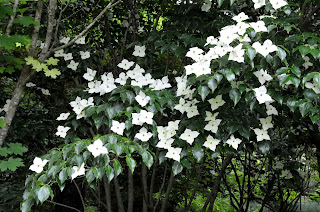 My mum was given a speech by a doctor with the people skills of Monty Burns about how this was basically the beginning of the end. His rate of decline would likely increase from now, he would no longer make new memories and would slowly move into a world from the past. Everything in the home would need to stay the same for familiarity except for the fortune she will have to spend on safety features in bathrooms etc.

She could no longer leave him by himself, she would have to take over the administration of all his medications and to revise their will and have new documents drawn up, one to give her power of attorney and another for a secondary power of attorney should something happen to her.

Mum knows all too well the long painful road ahead but the truth is at the moment he is not too bad, he has always been a creature of habit and I think his routines help keep him on track. He still needs and craves his independence and loves to travel on the bus to familiar places. I think he should be able to have that while it is still safe for him to do so. I know how awful it feels to be watched like a hawk and have your decision making skills judged even when you are capable and I don’t wish that feeling on him. 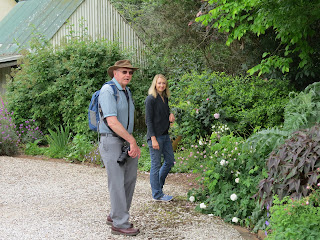 So Dad, I’m sorry that I can’t shoot you – not even when it gets bad one day. But know that we want to be there to help you, like you always have been for us. Right now we still have opportunities to spend quality time with you and create memories, at least for ourselves if not for you.

I am going to force you to be in more photographs even though you hate it and I will make more trips in to town on weekends so that the children can spend more time with you. I know you are frustrated that you have trouble remembering their names, but they understand, we all do and names aren’t that important anyway, the important thing is we are together. They know you love them, and we love you.
Posted by Kate at March 17, 2017

Kate
I'm a wife of one and mother of four from rural Australia muddling through my days and slowly learning how to live with Bipolar disorder.